A True Representative of the People 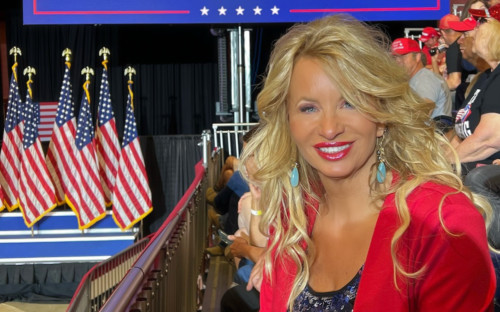 The people of House District 24 have not had any representation in Cheyenne for nearly two terms.  Our current State Representative, Sandy Newsome, remains in the dark and out of touch to the point of not answering emails and not appearing at town meetings with other representatives, nor does she attend Republican Party meetings.

Our Current Representative Supports
What You're Against

According to our Republican Platform, Sandy Newsome's voting record ranks lower than many Democrats. She is for issues that the majority of Park County citizens are dead against.  She is for marijuana, Medicaid expansion and multiple new taxes. Newsome even authored a bill to charge Wyoming drivers for every mile they drive instead of normal vehicle registration fees. Not only would this have cost Wyoming drivers a lot more money, it would have installed a GPS tracker "black box" in every Wyoming car and truck to report the location of every vehicle to the government 24/7/365.

Get in Touch with Me, I'll Stay in Touch With You

I spoken with many residents of House District 24 and they are very upset about the huge increases in property taxes - some people will be taxed out of their homes over this.  Sandy Newsome knew this was coming, but chose to do nothing.

It will be my goal to have a newsletter for the constituents throughout the year, in-depth surveys and to meet monthly to stay up to date on the concerns of the people of Park County so I know what bills to write, promote and support.

Please contact me with any questions or concerns you may have. Just go to the contact page to reach me by telephone, e-mail or U.S. Mail.

I am the current Wyoming National Committeewoman and president of the Wyoming Federation of Republican Women.

My grass root contacts, the people of House District 24 and Republican precinct men and women, make it very clear that our leaders need to represent Wyoming citizens who are the real voices of Wyoming.

I am Wyoming native.  No one loves Wyoming and its values more than me.  I am not interested in radically “changing” Wyoming and making it more like Colorado or Montana. I will not try to turn Wyoming “Blue” like our current representative. I have grandchildren now and it is my goal to keep Wyoming the state in which I grew up.


In Cheyenne, I pledge to:

I further pledge to:

Nina has served as a County Clerk in Wyoming and as the National Committee Woman for the Wyoming Republican Party.

She has been an active voice in advocating for Second Amendment rights through speaking, email/phone campaigns, and attending legislative sessions and committee meetings.

During the 2022 Budget session, Nina worked alongside me to convince Legislators to vote for SF0102. The Wyoming Second Amendment Protection Act passed in March and makes it illegal for state or local officials to institute or cooperate with unconstitutional federal gun control. This law has the nation’s strongest criminal penalty of one year in jail for any official who violates the Constitutional rights of Wyoming citizens.

Nina's platform makes a strong statement, "I SUPPORT AND WILL DEFEND THE SECOND AMENDMENT," and she is committed to holding city, county, state, and federal elected officials accountable for any infringement on Second Amendment Rights.

GOA institutes a rigorous evaluation process involving a careful review of a candidate’s history and beliefs, and Nina scored 100% on her 2022 GOA candidate survey.

Here is what Nina had to say in her own words when describing what the Second Amendment means to her: “It is my God-given right to keep guns and ammunition and to protect myself, my family, my property, and my neighbors from bad guys, including a tyrannical government.”

Wyoming needs passionate and sound conservative voices in the State Legislature like Nina, so please be sure to vote for Nina Webber in the Republican Primary on August 16.

A vote for Nina Webber is a vote for Freedom and Liberty!

Wyoming Right to Life is pleased to endorse your candidacy for Wyoming House District 24. You are the only candidate in the race for HD24 to win this endorsement.

Please use this unqualified endorsement in your campaign as you see fit. We know that most Wyoming voters support life from conception to natural death, and we encourage you to reach out and speak up to, and for, your voters on this crucial topic.

And, if you should mention our organization as you meet your voters, or in your social media posts, we would be most grateful. We are a valuable resource to Wyomingites on the subject of LIFE – our first and most unalienable right.

We at Wyoming Right to Life wish you the best, and pray for your health and safety as you work towards your election. If we can be of any assistance in your efforts, or after your success in November, please do not hesitate to ask.

Wyoming and its People
Have Always Been Nina Webber's Priority 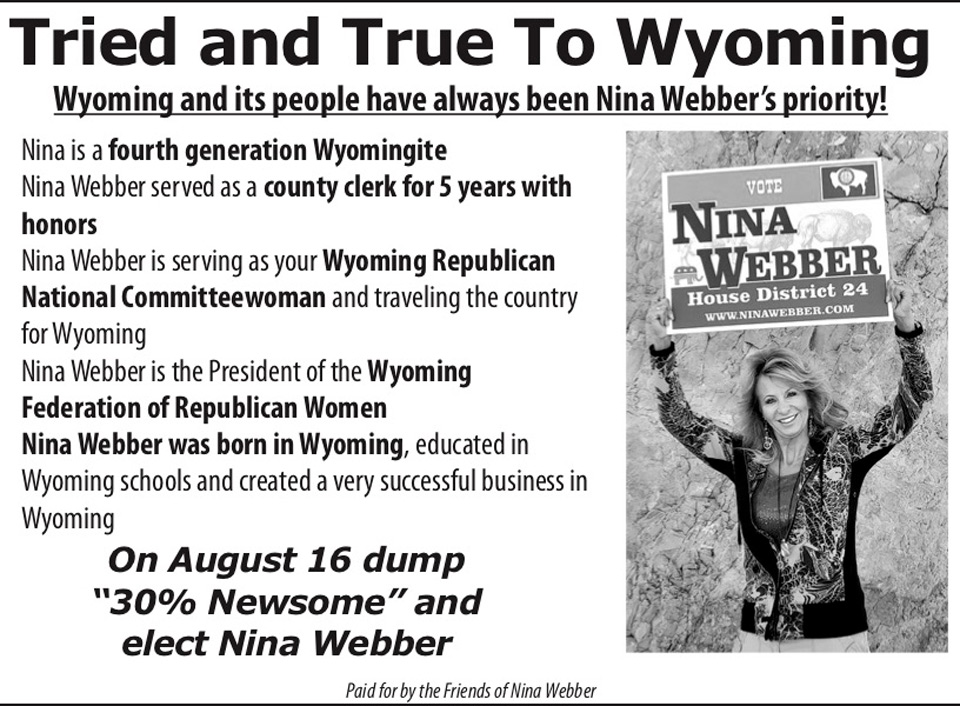 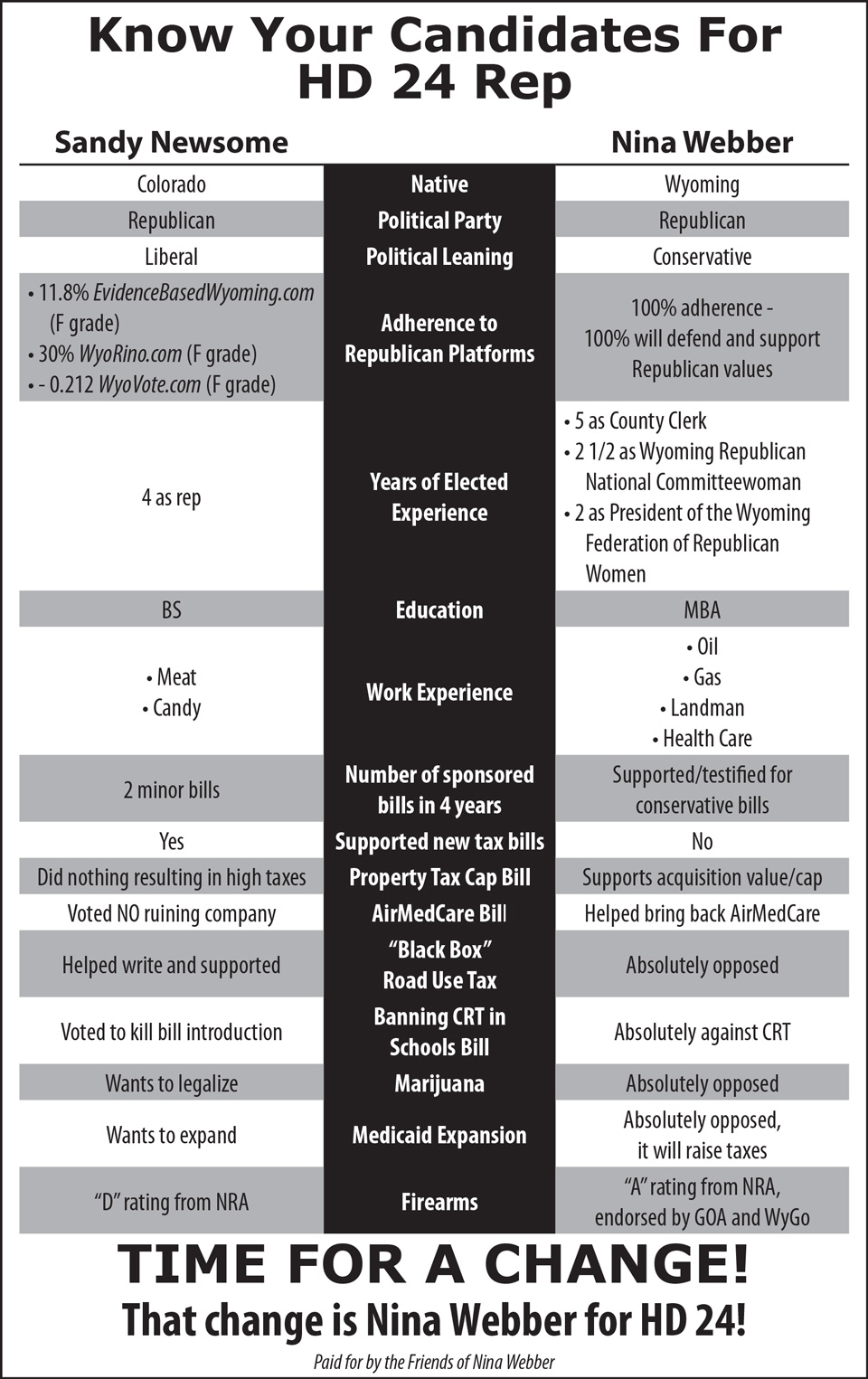 NEVER WORRY ABOUT
HOW NINA WILL VOTE! 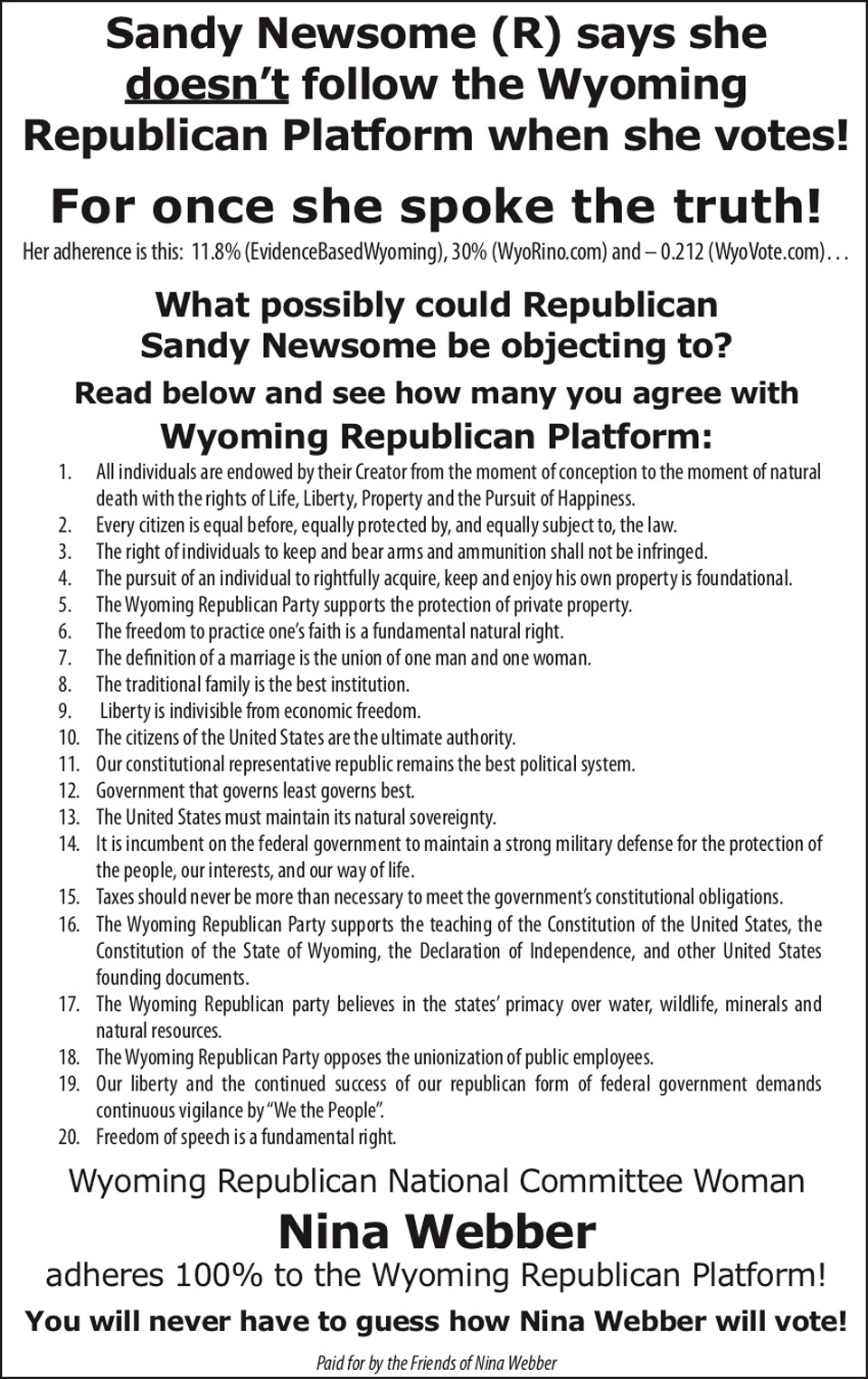 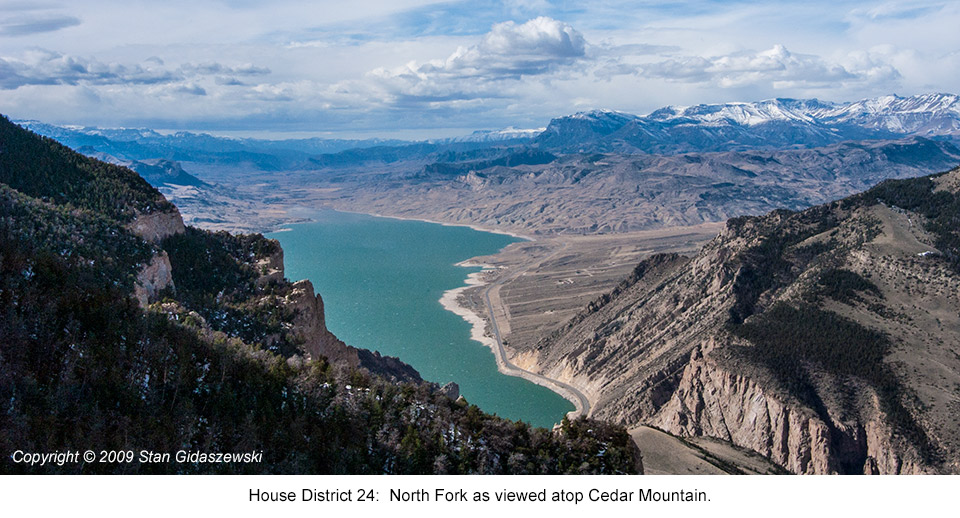 Paid For by Friends of Nina Webber